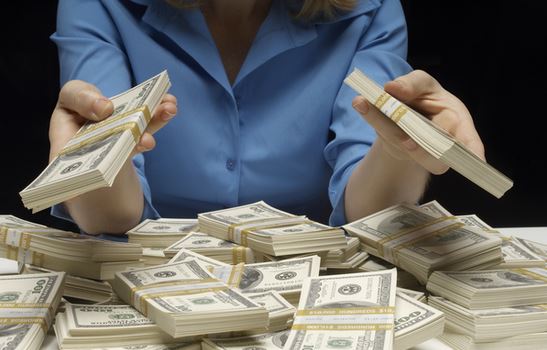 The very word money brings to our mind different positive as well as negative feelings. A large number of people share an extremely complex kind of relation with money. It is usually seen that short-term market differences are mainly determined by the emotions and psychology of the people rather than the basics of money.

The general trend among people is to presume or attempt to lessen money into a mere logical, calculable and meticulous concept. Human psychology regarding money is usually found to be just the other way round. It is highly irrational at times that can be clearly seen through the calculations and accounts.

Renowned psychologists say that money occupies an exclusive psychological realism. Apparently money creates a connection between the material and the psychological world. Money is capable of affecting the psychological truth of humans powerfully. Money dominates human mind and behavior very strongly and has the potential of influencing human lives in different manners.

Money can easily replace a number of other issues that should be a part of human psychology. Money generates uncontrollable desires and emotions in humans. It has the capability to allure our dark and deep wishes which may even harm human lives and bring up argumentative issues. Every individual has different psychology related to money matters and hence it influences on our assumptions, attitudes and beliefs.

It is extremely essential that a highly unbiased approach must be maintained towards monetary issues. The importance of money should be restricted to necessities and luxuries. By no means money should stand as an obstacle in front of human principal and values and turn them into monsters through dishonest and cheap behaviors. The collective challenges that humans face in their daily lives, brings in that balanced outlook.

Money must be accumulated or earned in healthy manner without causing any kind of harm, be it psychological or physical, to oneself or others. Otherwise self-destruction and disappointment is the obvious result. Numerous people sacrificed unnecessarily through unhealthy practices in quest of more money damaging their freedom, family, health and lives. It is very important to realize the value of money.

Money defines the financial success of human beings. The psychology of money has no barriers and stands out as the same irrespective of the fact of being rich or poor. People must give it a serious thought. It gets very difficult to relate the ideas and facts connected with the psychology of money that people are not even conscious about.

It is vital to inculcate good moral values and sentiments from the very early days of a child. It is these values that help a grown up to decide up on the rights and the wrongs that build our very existence.

For a healthy growth, it is important that children are imparted with the knowledge the goodness of money. It should be clear that the need for money must be replaced by proper means of earning the same. Harmful and unlawful practices should be avoided by every means to earn or acquire money. The psychology of money changes with different perspectives and this necessitates to learn how much and what exactly money can do to us.