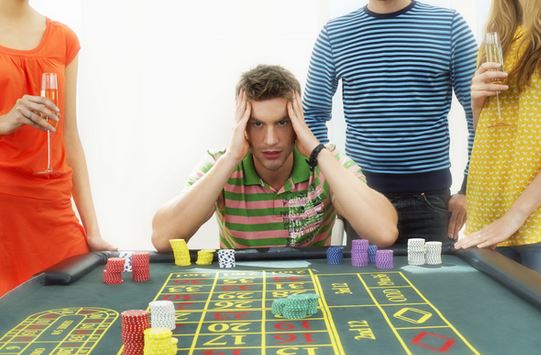 What exactly is addiction? Addiction is a strong and persistent compulsive psychological desire to do something (such as gambling) or have something (such as drug) regularly. People, who are addicted, do not have any control over what they are using, taking, or doing.

When we get dependent on a particular habit of our day to day lives, it is then when we are said to be addicted. An addiction can eventually get so harmful, that it can even be life-threatening. So it is very important to have the knowledge which would help us to distinguish between when a particular habit may turn into an addiction. A habit is when we can modify or control it. But when this fine line crosses, and we are no longer in a position to control it, it is then when we have already got addicted to that particular thing or action. When people are addicted, most of them are aware of the fact that they are being controlled by their addiction. But they do not have the power to give up their addiction.

There are a number of ways in which a person might be addicted. Addiction can be both psychological and behavioral. Researchers have found another kind of addiction where a person cannot resist his impulses, and which in long term may get converted into Impulse Control Disorders. Some of the Impulse Control Disorders are gambling, kleptomania (stealing compulsively), pyromania (setting fire compulsively), and intermittent explosive disorder (practicing aggressive and assaultive acts compulsively).

Psychological addictions are characterized by crave for a substance for the reinforcements it produces. Some of the most common substances which produce this reinforcement effects are alcohol, cocaine, tobacco, cannabis/marijuana, opioids, prescription drugs like hypnotics, sedatives, tranquilizers and sleeping pills, amphetamines, inhalants, hallucinogens, phencyclidine and some other unspecified substances.

Behavioral addictions are those which do not involve a substance, but is a behavior in actuality. Some of the noted behaviors which eventually turn into addictions are sex, eating, pornography(which may involve attaining /viewing),playing video games, exercising, pain seeking, shopping, spiritual obsession, working, using computer /the internet and many more.

Taking in drugs have a number of ill effects. Tolerance of drugs is when a person needs more drugs to have the same effect as it was before. The most horrible effect of being addicted comes along with its withdrawal, which involves anxiety, shakiness, nausea, insomnia, depression, loss of appetite. An addicted person can go to great lengths to consume the substance he’s addicted to. He/she will continue using the drugs despite of its negative effect.

Sometimes providing a healthy environment and healthy thought for an addict’s mind helps him to cure his addiction. If they are motivated, and they are made to realize that they should not compromise their self, career, relationships, family, future for jus a mere addiction. Though people have a common notion that professional help cure addicts faster and efficient than when they quit their addiction on their own. But, in reality people can cure addictions even on their own. But in severe cases one might need to avail professional help.