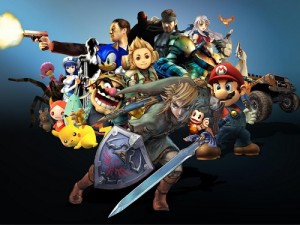 Psychology of games can be branched into many categories. They can be classified as psychology of outdoor games like golf, etc., indoor games as well as video games. These days’ video games are the most attractive game for today’s children. Lack of playgrounds and interaction with people have turned them away from outdoor games. For indoor games too, you need people to play with you. And it is useless to say that the working parents obviously do not time to play with their children. Even when they get time, they are too tired from the whole day’s exertion, for just to entertain their children. So, children are thus left out with only the third option, which is video games.

Children, these days are so engrossed in video games, that they are probably more attached with these games, rather than their parents or their family members. And the game designers exploit this fact to entertain their consumers and earn profits. But, if not played always, it is not that video games always have just the harmful effects. It can inculcate some of the good habits also in your children.

Have you ever experienced that overwhelming and awe-inspiring feeling when you are greatly engrossed in a game? I’m sure that every game lover have felt this and desire for more of this exciting gaming experience.
This experience is created by using a number of psychological factors to give you this effect and to attract the game lovers. Some of them are:

It has been found that video games often leads to addiction. This addiction effect these youngsters both psychologically and biologically. So, playing video games is good, but not excess of it.