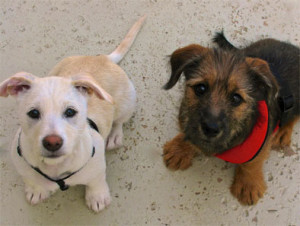 Define what is Animal Psychology ?

It is often said that man is the most intelligent being on this earth. It has the unique quality of observance and finding out reasons as to the reason for certain things taking place. It is a natural quality of human beings to justify a certain thing and why it happens. He had observed that there is some correlation between thought, emotion and behavior and thus started the work on psychology. Psychology is a combination of two words ology and psyche. ‘Ology’ means study of a subject and ‘psyche’ means mind. Thus psychology is the study of the mind. Delving further into the subject one would say that it is the study of mind and brain. Psychologists study behavior of different species, besides human beings. They try to fathom the reasons as to particular behavior of species under differing conditions. It has been observed that the behavioral pattern differs between different species. We have over the years learn that it is important that we should disturb the nature. It therefore indicates that we, the most important being in this earth, should be able to understand the animal psychology.

Animal psychology talks about the bearing of psychological stress and strain on the animals. One needs to be careful of the well being of the animals. It is very common to find a herd of elephants rampaging through the jungles in their search for food. When a baby elephant gets sick or are hungry the adults become too furious and will do anything to feed them. Snakes do bite but only when they are afraid. The dogs when they are eating their food, should be left in peace and allow them to have their food. It has been experienced by many that an injured animal tends to be more ferocious because of their pain.

Animal psychology is found to be interesting subject. The psychologist put in years of observation to study animal behaviors and some risk their lives to do that. We know of an individual who had become famous over the years by being in the wild without weapons to explain to us their psychological inferences, lost his life by being attacked by an animal. By means of their strength of knowledge the animal psychologists can help in diagnosing the animal mental disorders. They also help in using psychological techniques to solve health problems. Professionals are recruited in big numbers in zoos or in forest departments. Why are they recruited? This is to ensure that a balance is maintained amongst the animal world. Billions of dollars are being poured into research of medicines for animals. It has now become a profitable business to produce medicines for animals. However, a stress has now been laid to keep a track as to what these medicines have psychologically on the animals.

It is noticed that the study on psychological effects on various living being is increasing as it has a positive bearing on all of us and animal psychology is no exception.

One thought on “Animal Psychology Definition and Introduction”