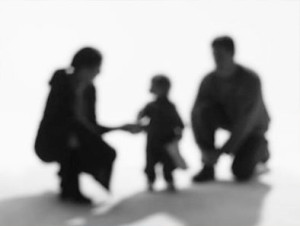 Define what is Family Psychology ?

A family is what all people desire at the end of their lonesome life, but then again it brings about a lot of trouble. The reason behind the numerous fights that occur in a family is a very basic and common thing, which being- the more the number of people; the greater is the number of opinions found among the members of the family. Now with those issues prevalent in every family, you don’t see people running away from the problems, instead they cope up with the issue and try to solve it rather than to escape his/her duties.

Family psychology, a relatively new branch in the study of psychology, deals with these issues that may or may not occur in a family and through these studies try and find peace within the family members, who seek professional help. There are many psychologists who have made a profession out of this research work. Every day, a particular person faces about a billion hurdles that come in their way of a perfect and happy living, may be in the form of some work or some duties or something very serious relating to their health. Now after taking care of all such hassles, no one would like to come back to a troublesome family issue, hence the people find solace in speaking their hearts to the professionals who would solve their problems with solutions that suit the respective problem.

What sort of issues?

To start with, a family might face a lot of troubles, but before that let me explain a bit more about what a family consists of. It probably is a known fact, but there is no harm in repeating that a family does not always mean a bunch of people living under the same roof or posing for a regal picture, but two people wanting to make their ‘house’ a ‘home’. So basically, the problems that a married couple might face, also comes under the broad study of family psychology. Other than that, there may be problems of an individual with something in particular or someone in the family. The youngsters of the family might also be in distress, which would need a proper professional help and so on. So we can conclude in short that the ‘family psychology’ deals with a whole lot of problem which does not only include the elders of the family but the children too are involved.

People basing their studies and profession on the Family Psychology, well most of them, become therapists, help their client, who have issues with their family to deal with it and make sure that they move on. The work of the therapist are mainly based on certain techniques and procedure of which the most important is, studying their client closely and advising a remedy after close inspection of the details provided by his client. He would firstly go through all the evidence that he has a record of and then start his therapy accordingly. Next is the group therapy or the couple therapy. In which, they would ask a group of people or couples to join in their discussion and help them try to understand their problems and overcome them.