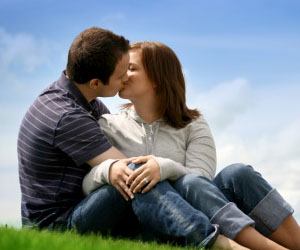 Attraction is the power or ability to evoke interest, liking, or pleasure for something or someone. In general, it can also be considered as a force which pulls or draws one object to another. Psychology of attraction is said to follow the Law of Attraction. This law is explained briefly by the fact like-attracts-like. The law is further explained as, things of similar kind tend to attract to each other. The same law holds good for thoughts too. Positive thoughts lead us to positive experiences in life and similarly negative thoughts are responsible for negative experiences in life. To make the law of attraction work, we need to focus, believe and have full faith on what we desire. Attraction can be of many kinds, such as interpersonal attraction, physical attraction, sexual attraction, tourist attraction, and amusement park attraction.

Physical attraction is the attractiveness caused by a person’s pleasing physical appearance. Researchers found that there is a direct relationship between general intelligence and physical appearance. Men in general, are attracted to women with a height shorter than they are and youthful appearance, along with full breasts and lips, symmetrical face, and a low ratio of waste-hip. Women, are attracted to men, taller than them, masculine dimorphism, broad shoulders and a torso having V-like shape.

Sexual attraction refers to a person’s ability to attract another by arousing his/her sexual desire. The notion of sexual attractiveness is a relative aspect as the measure of getting attracted to someone sexually can vary from person to person. It depends on the person’s interest, sexual orientation and perception. We can be attracted to a person’s looks, clothing, smell, voice, hair, style, practically anything related with the physical appearance.

Tourist attraction, on the other hand is a place of interest which is frequently visited by the tourist for its cultural value, natural beauty or historical significance.

Amusement park attraction is a location, which is artificially built in order to entertain and give enjoyment to a large group of people through its attractive events, rides and many more.

In a scientific perspective, it is the genes which decide things that would seem attractive to us. But you might find certain things which are liked or loved by almost everyone. Some types of shapes, colors, organization and symmetry seem attractive to many. In web designing, shapes like triangle (represents balance, energy, strength), circle (represents family, warmth, love) and squares (logic, security, order) play a major role. Colors like red (arouses emotions like anger, fear, passion) and blue (trustworthiness and loyalty) are used in marketing quiet often. It has been found that clashing colors repulse viewers. Symmetrical features are found to be more attractive than asymmetric ones to people, especially babies.