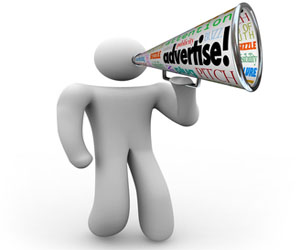 The Psychology of advertising

Advertising is a kind of communication used in marketing which is used to persuade, encourage, and manipulate the audience (a group of people who might be readers, viewers, or listeners to take a new action or continue an old one. In Latin, the word ’ad vertere’ means ‘’turning towards’’, which means turning the consumer behavior into a commercial offering. It is often considered as the nervous system of the marketing world.

In ancient times people associated with business or merchants, could use only the medium of mouth to publicize. They used to cry out the prices of the wares aloud at the city gate and those who were interested in or were in need of those wares used to purchase them. At a later stage we’ve found that advertisements were used to be written on papyrus or parchments or carved on walls and printings by the first printing press.

But, with the invention of the printed symbols, advertising has become much easier. Today advertisements are one of the biggest income sources for those in media. Not only in TVs or radios, but advertisements are now, probably in each and every place where advertisements could possibly be. They advertisements are found in light posts, street-car placards, calendars, handbills, newspapers, magazines, almanacs, booklets and many more.

Psychology of advertising can be studied and used as a very effective means for selling a product or service. A company which can understand the human psychology and the particular concepts which effect human psychology, will obviously understand the marketing strategies better, and will be able to sell its products efficiently and also will be able to guide its consumers to buy a product or service that are best for them.

Some of the major factors that govern the psychology of advertising are persuasion and attention.

Persuasion is done by changing the attitude about a specific thing by presenting the information about some other attitude. The information about the thing can be processed by two different routes. One of the routes is the central route and the other is the peripheral route. When a thought follows the central route, the attitude change is mostly seen to be permanent. But, a thought which follows the peripheral route is likely to change at a later stage. One of the most common ways used for persuasion is the use of authority. People are liable to rely on opinions of someone who knows a lot about the product or service. That is why ads like “9 out of 10 doctors recommend….” are so popular.

Attention is the most important factor that is taken care of, in any kind of advertisement. Advertisements are often picturesque for this purpose. Along with that emotions of people are targeted by using phrases like ‘’one day sales’’ or “limited supply”, which arouse feelings like fear that they would probably miss an opportunity to buy a particular product or service.